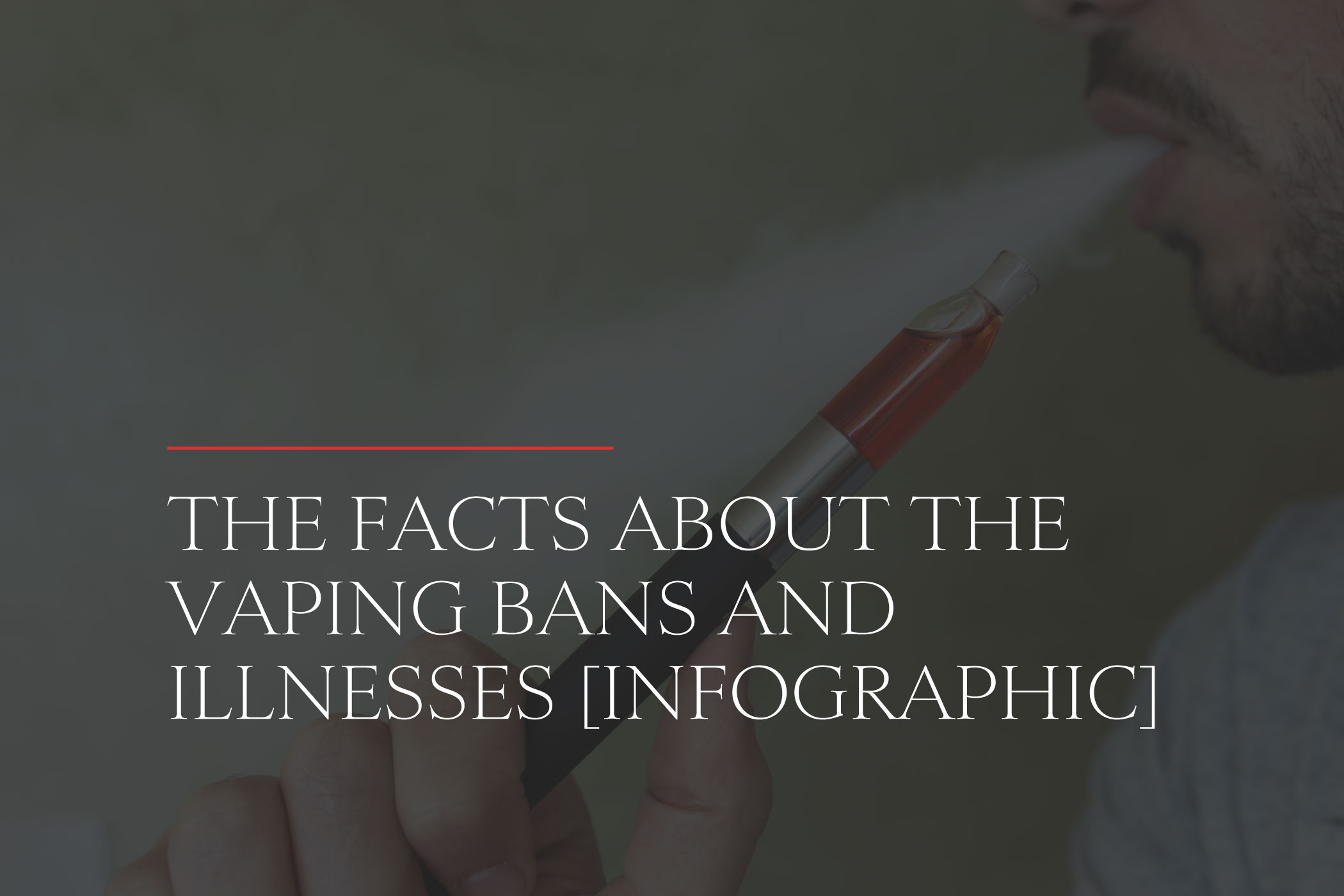 In April 2019, the first cases of e-cigarette, or vaping, product use-associated lung injury (EVALI) were identified in Illinois and Wisconsin. Patients mainly reported having respiratory symptoms, including chest pain, coughing, and shortness of breath. Gastrointestinal symptoms such as nausea and stomach pain, as well as some constitutional symptoms, including weight loss and fever have also been reported as EVALI symptoms by the Centers for Disease Control and Prevention.

This article discusses the EVALI outbreak, the state and national vaping bans that have followed, and it includes an infographic that highlights the myths surrounding the issue.

As hospitalizations due to the lung illness started to increase across the country, the CDC and the U.S. Food and Drug Administration began to investigate.

They found that most cases were linked to vitamin E acetate, an additive, and the counterfeit brand Dank Vapes.

Illegal and counterfeit vape products available online and via informal sources (i.e. friends, family and street dealers) are not subject to the safety standards upheld by licensed cannabis producers. These products are largely untested and may contain harmful chemicals like pesticides or thickening agents.

Since the EVALI outbreak, several states have passed regulations in an effort to better protect consumers, for example:

The Massachusetts vape ban enacted on September 24, 2019 was the first in the country to prohibit the sale of all vaping products, including nicotine and cannabis products. The blanket ban was originally set to be in place for four months but was lifted on December 11, 2019, and replaced with the 2019 Tobacco Control Law. The new law places restrictions on where nicotine vaping products, flavored vaping products, and tobacco products can be sold:

The Massachusetts Cannabis Control Commission also issued an amended quarantine order permitting the sale of cannabis vaporizers used to vaporize flower, or that are used to vaporize concentrate but do not contain usable marijuana, as well as regulated vaporizer products manufactured from January 2, 2020 onwards that have passed screenings for contaminants such as vitamin E acetate.

A national ban on flavored cartridge-based e-cigarettes (excluding tobacco or menthol) was announced by the FDA on January 2, 2020. Unfortunately, the blanket vape bans don’t specifically target the unregulated vape black market, which is why being informed about the illness is critical. The infographic below discusses the myths that have been floating around the internet and social media, presenting facts from verified sources that you can consult if you’d like to dig even deeper into the issue.