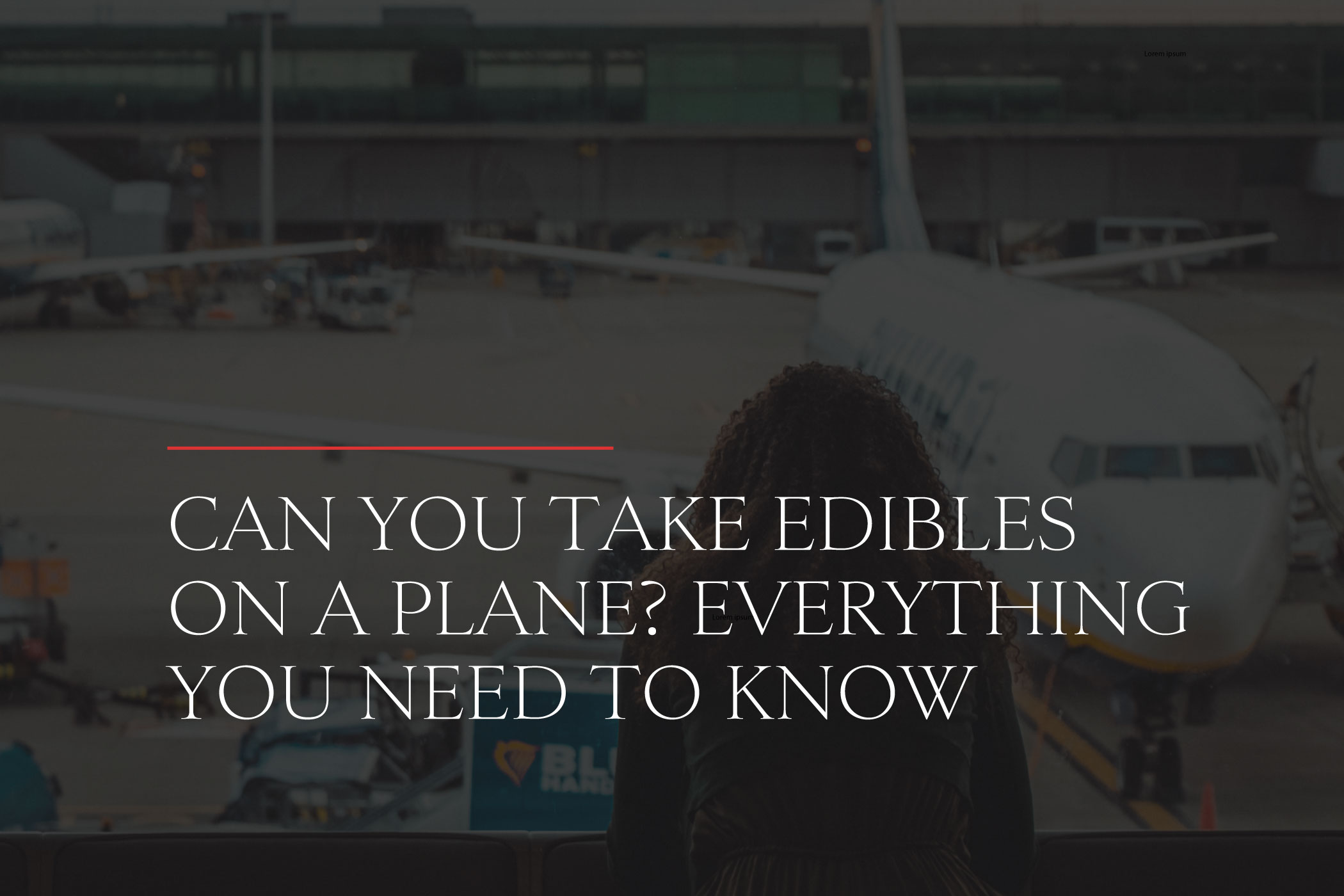 You might be surprised to know that the answers are no, no, and false. Let’s take a look at the legalities around bringing edibles on a plane.

Can You Fly with Edibles?

Cannabis of any kind, even medical, even in states where it’s legal, falls under federal jurisdiction when an individual goes through a Transportation Security Administration (TSA) security checkpoint. At that point, the person enters the federally controlled territory of the airport, the aircraft, and its airspace. And cannabis and most cannabis-infused products are illegal under federal law.

According to the TSA, the only cannabis-related products that are legal (in either carry-ons or checked baggage) are those that contain no more than 0.3 percent THC or medication that has been approved by the FDA.

That said, the TSA’s own statement points out that its mission is security, and its priority is detecting threats to passengers and aircraft. The agency’s security officers don’t search for drugs, but if they discover any during screening, they’ll let a law enforcement officer handle it.

What Happens if You’re Caught Flying with Edibles?

This is when state or local jurisdictions come into play, and what happens next is complicated and depends on location.

For instance, while Massachusetts law allows a person to carry an ounce of cannabis at a time, the law itself makes the point that it is illegal to use any form of it (smoking, edibles, even vaping) in public or on federal land. Despite the legality of small amounts, if the TSA discovers your edibles during an airport security check at Boston Logan International Airport, they may contact the Massachusetts State Police at their discretion.

Different states may take different levels of action at this point. At Los Angeles International Airport, even though their policy notes that although TSA screening checkpoints are under federal jurisdiction, the Airport Police Division won’t arrest an individual in the airport if he or she does not exceed the legal amount in their possession, which is up to 28.5 grams.

A few airports, including Las Vegas’ McCarran International Airport, have installed “amnesty boxes,” where travelers can dispose of cannabis and related products without penalty. And others, including Denver International Airport, still prohibit cannabis anywhere on airport property. Denver’s Channel 7 reporters filed Freedom of Information requests and found that there were five times the number of cannabis “items” seized at DIA in the first eight months of 2018 than there were in the same time period in 2017 — 635 in 2018, 115 in 2017. Passengers who have items confiscated are typically interviewed by a Denver police officer.

Please note that these regulations, as well as state and federal laws, only govern American citizens when they are in the United States. Cannabis laws around the world vary greatly, and getting caught in a country where it’s illegal can have serious ramifications. The U.S. State Department has even warned travelers against traveling with CBD oil in their luggage.

What Should Medical Marijuana Patients Do?

Unfortunately, flying with medical marijuana is also a violation of federal regulations, but some states allow medical cannabis reciprocity. This means patients with medical marijuana cards can enjoy similar privileges when they’re away from their home state, although they may have to apply for a new card valid only in the state they are visiting. At the time of publishing this article, the following states offered medical card reciprocity:

However, the circumstances and amount allowed differ from state to state. For example, Arizona does not allow visitors to patronize dispensaries, although legally they may consume it, while Hawaii allows visitors who have applied for an in-state card to purchase upto 4 ounces of cannabis (per 15-day period) from certified dispensaries. Be sure to do your homework before you travel.

So, Can You Bring Edibles on a Plane?

At this point, the answer is no. Bringing any cannabis product with more than 0.3 percent THC on an aircraft is against federal law. However, even though federal regulations trump all others while airline passengers are beyond a TSA checkpoint, the laws are changing rapidly. Check the laws of your departure and arrival cities, as well as their airports and airlines that you plan to use to know exactly what the situation will be.

To keep up with the latest in news and information on cannabis, visit our resource center, where we curate content on many aspects of the industry. And if you’d like to news delivered directly to your inbox, join our email list to become a Happy Valley Insider. Sign up by scrolling to the bottom of the page and entering your email address in the Stay Connected section.