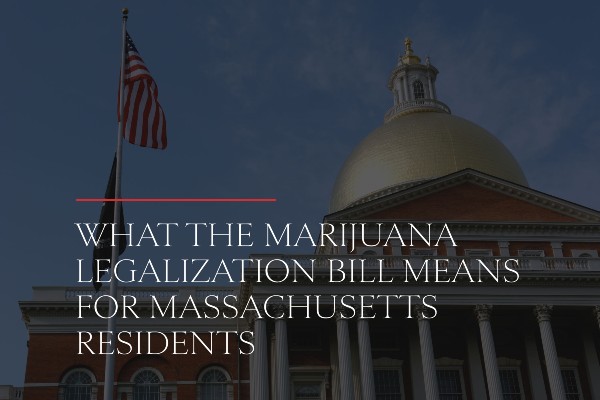 You may have seen articles recently about a cannabis bill passing in Congress. Before you get too excited, there are a few things you should know.

On November 19, 2019, the House Judiciary Committee voted to approve H.R. 3884, the Marijuana Opportunity Reinvestment and Expungement Act of 2019 (the MORE Act). For proponents of cannabis decriminalization, this is a positive step forward.

If Congress passes the MORE Act, it will remove cannabis from the federal Controlled Substances Act and lead to several changes that could help communities most impacted by cannabis criminalization.

What is the Marijuana Opportunity Reinvestment and Expungement Act?

The MORE Act has several components, including:

What are the Implications for Massachusetts Residents?

The MORE Act is a bill that is expected to pass Congress, but still needs to pass a republican majority controlled Senate. As a bill, it currently has no impact on Massachusetts’ or federal cannabis law, however, federal law does tend to influence state lawmakers..

If you live in Massachusetts, you have to follow the state’s medical and recreational (adult use) laws and, bear in mind, cannabis is still illegal under federal law. However, the MORE Act may have an impact on the Massachusetts’ cannabis industry without being signed into law, especially when it comes to investors supporting local businesses. With such a positive move in Congress, investors may be more optimistic about the cannabis industry’s future.

Potential Roadblocks to the MORE Act

The bill was referred to the Committees on the Judiciary, Energy and Commerce, Agriculture, Natural Resources, Education and Labor, Ways and Means, Small Business, and Oversight and Reform. The Committee on the Judiciary referred it to the Subcommittee on Crime, Terrorism, and Homeland Security, which was discharged on November 19.

The MORE Act then passed with bipartisan support in the House Judiciary Committee with a 24-to-10 vote on November 19, as well. Two Republican members of the committee, Reps. Matt Gaetz (R-FL) and Tom McClintock (R-CA) voted to approve the bill.

From the committee stage, the bill could make it to the House floor where it will be debated, amended, and voted on.

If the MORE Act passes the House with a simple majority (218 of 435 votes), it moves on to the Senate.

Whether or not this will happen is up for debate, but many are optimistic. The Democrats currently control the House with 233 seats — enough to pass the bill.

It is in the Senate where the bill is most likely to fail due to a Republic majority.

The bill must go through a similar process in the Senate — committee assignment, committee discharge, debate and amendments, and a vote. A simple majority of 51 of 100 votes would pass the Senate’s version of the bill, but the Republicans hold 53 seats.

What if the MORE Act Fails?

In recent years, attitudes have shifted regarding cannabis. Many states have moved forward with legalizing cannabis for medical use, and some have legalized recreational use for adults over 21 years. In fact, 33 states and the District of Columbia have passed laws legalizing or decriminalizing cannabis in some way as of November 2019.

Evolving attitudes, more scientific research, and a greater understanding of the social justice issues surrounding cannabis all contributed to this historic vote. This is the first time in U.S. history that a congressional committee has passed a marijuana legalization bill.

Even if the MORE Act doesn’t make it through the Senate and become law, it will not have been a failure.

Become a Happy Valley Insider for the Latest Updates

Evolving federal and state cannabis laws can be confusing and difficult to keep track of. We want to help you remain an informed consumer and avoid any legal issues. Join our mailing list to become a Happy Valley Insider and have the latest cannabis news delivered directly to your inbox. Simply enter your email address into the Stay Connected field at the bottom of the page.

For more information on cannabis use, including tutorials, visit our resource center.