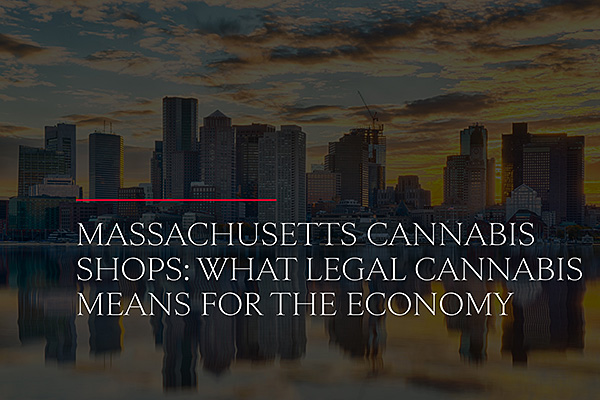 Recreational cannabis has the potential to generate tremendous revenue for the state of Massachusetts, or so we’ve been told. With industry analysts pointing to sales north of $20 billion by 2021 in North America alone, it would seem natural that Massachusetts cannabis shops in the newly legal adult use industry would be raking in the much-needed dough. In the first months of legalization,  cannabis has had a complicated impact on the Massachusetts economy.

A Slow Start for Cannabis Revenue in Boston

Due to the slow start that adult use cannabis has had in Massachusetts, the state has only netted just over $5 million in revenue, a far cry from the state’s projected $63 million by the end of June 2019. While Massachusetts legal cannabis revenue significantly lags behind California, Colorado, and Nevada, it has sold three times more than Washington did, a promising start that many in the industry say will lead to the eventual revenues that were promised.

“You can’t get revenue flowing in if you don’t have stores open,” said Pat Oglesby, former chief tax counsel to the US Senate Finance Committee and now with the Center for New Revenue, told the Boston Globe. “It’s extraordinarily difficult. . . . But at a certain point, it may be that patience is lost, and folks say, ‘We need to move faster — these rules are not working well at the municipal and state level.’ ”

A Brief History of Recreational Cannabis in Massachusetts

Sales eventually began in November 2018 and the state did just over $24 million in sales in its first two months. By the end of 2018, 59 municipalities had enacted a permanent ban on retail cannabis and more than 100 others had implemented some form of a moratorium. As of March 1st, the state had only received $5.2 million in tax revenues, though state officials and licensed operators expect this number to grow as more licenses are handed out. Currently, 20 recreational dispensaries are open for business, and as of late May of 2019, the Massachusetts Cannabis Control Commission (CCC) has issued licenses to 58 retailers, 48 cultivators, 42 manufacturers and three testing labs

Legal cannabis has created an estimated 211,00 full-time jobs in America as of January 2019, and Massachusetts has added 9,564 cannabis jobs this year alone, according to a report by Leafly. The same report estimates a job growth rate of 317% for 2019, with an estimated 12,584 jobs added to the Massachusetts economy by January 2020. For some context, in 2019, the cannabis market has created more jobs than retail salespeople and food service workers combined.

The Social Equity Program in Massachusetts

Tax revenue from cannabis in Massachusetts comes from a 17-20% variable tax on cannabis products. Massachusetts imposes a 6.25% sales tax, a 10.75% excise tax, and allows local governments the option of adding an additional 3% tax for a total of up to 20% (still considerably less than states like Colorado and California).

Where Massachusetts cannabis tax revenue has been spent

As of June 2019, Massachusetts has sold nearly $140 million worth of legal recreational cannabis and netted more than $5 million in tax revenues, a sizable figure but a far cry from projections. Of the taxes collected to date, nearly $2 million has gone to pay government salaries, $350,000 has gone to the Massachusetts Bay Transportation Authority, and almost $300,000 has gone to funding the modernization of Massachusetts public schools.

While these revenues pale in comparison to other states with legal cannabis programs, it is worth noting the scale at which Massachusetts has rolled recreational licenses out. In the same period that Colorado netted significantly higher tax revenues, they also allowed 181 dispensaries to operate, compared to the handful that have been gradually licensed by the CCC. This lack of projected revenues has caused critics to call into question the state’s nearly $43 billion budget for fiscal year 2020, slated to begin in July, that includes more than $133 million in revenues from cannabis.

With very few recreational use shops open in Massachusetts, including a complete lack of legal cannabis businesses in Boston, it is hard to tell how much will eventually be made in tax revenues once the program has matured. As more stores open, predictions, projections, and current revenues will begin to align more realistically to the market’s demand, the available supply, and the accessibility of neighborhood cannabis dispensaries like Happy Valley. Recreational cannabis opens the door to more research, higher-quality cannabis products, more cannabis jobs, and more revenues for the state as a whole.