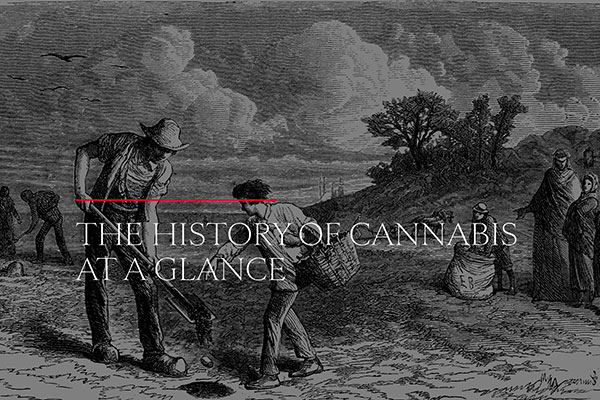 Cannabis use and the cultivation of cannabis for various applications dates back to 4,000 years before the Common Era (BCE). For millennia, this plant has been used for fiber, rope, textiles, medicine, and for its psychoactive properties. This article will give you a brief overview of cannabis history while offering insight into cultural challenges and prohibitions that are gradually relaxing in the modern era.

The oldest known use of cannabis dates back to 4,000 BCE in China. Archeological findings suggest that cannabis was cultivated and harvested for fibrous applications, such as the production of rope and textiles. It was not until later that the plant’s fruit, or its seeds, began to be used in food applications as well.

While seeds contain a very small amount of cannabis’ main psychoactive ingredients, various lipids and compounds found in the seeds has been seen to offer therapeutic benefits. 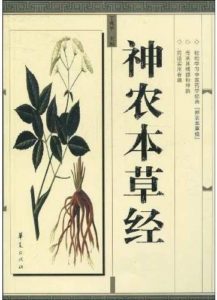 The world’s oldest pharmacopoeia, the pen-ts’ao ching (pictured above), contains the oldest known mention of cannabis use for medicinal applications. Based on oral traditions passed down from the time of Emperor Shen-Nung, medical applications of the plant include constipation, female reproductive system disorders, malaria, rheumatic pain and other illnesses.

Cannabis for medical use then spread from Central Asia into India, where it became known as one of the sacred herbs and used for medicinal, recreational, and hallucinogenic purposes.

Cannabis was also used in tantric Buddhism to facilitate meditation, where it enjoyed widespread use in Assyria, Persia, and much of Europe as a result of invaders bringing it with them from Central Asia.

16th-18th Century Cannabis: Early Use in the Americas

The first cannabis use in the Americas dates back to the 16th century, when seeds brought to Brazil by slaves captured from Africa were cultivated and used for a variety of applications.

In the United States specifically, the history of cannabis began in the early days of the 17th century with hemp farming. Hemp is a plant species within the cannabis family.

By the second half of the 18th century, over 100 scientific articles on the therapeutic value of cannabis use had been published in Europe and the U.S.

Labs then began making extracts and tinctures from cannabis plants, but the main ingredients and proper cultivation techniques for maximizing cannabinoid concentration were centuries away from discovery, which led to less potent, more rudimentary offerings that what we know today.

In the early 1900s, immigrants began migrating to the United States. A prejudiced association of marijuauna with Mexicans led to an irrational fear of the plant’s effects, and the eventual outlawing of it as a narcotic in 1937 with the Marihuana Tax Act.

This act prohibited the sale of evil, “reefer madness”-inducing cannabis without paying tax on the plant, which was largely impossible to pay. In the midst of this controversy, the benefits of cannabis continued to be included in books on practical medicine dating back to 1924.

Popularity for the plant began to gain traction in the early 1960s. Delta-9-Tetrahydrocannabinol — THC as most of us know it — was isolated in 1964. This resulted in a proliferation of studies on cannabis and its applications.

In 1970, the cause continued to grow in spite of federal scheduling with the formation of the National Organization for the Reform of Marijuana Laws (NORML).

Less than five years later, High Times, one of the nation’s longest running cannabis magazines, began publishing on a monthly basis, encouraging discussion, cultivation, and activism around the plant. This would eventually prompt George H. W. Bush’s attempt to reignite the War on Drugs in the 1980s.

California legalized medical marijuana in 1996. For the first time ever, cannabis was legal. This initiated action by other states looking to implement more relaxed, care-based legislation that would also be a new source of revenue for state and local governments.

Additionally, the federal government legalized hemp for industrial purposes, including the byproducts of the plant. Cannabinoids that are derived from hemp are now legal on a national level, which has caused some complications of law enforcement, whose training has not adequately prepared them to identify the difference between hemp and cannabis products.

Now, in 2019, multiple countries such as Uruguay and Canada have legalized cannabis on a national level, with many hoping for similar policies in the near future.

With predictions placing consumer spending at more than $30 Billion by 2022, growth of the cannabis industry is all but slowing down. The first cannabis billionaire has been named, and countries, states, and local municipalities are seeing a rise in proposed changes to the current scheduling of cannabis.

Campaigns for recreational, adult-use legalization in 2020 are underway in more than half of the USA’s 50 states. Additionally, action is being taken by congress to work towards resolving banking and other issues surrounding legal cannabis industries.

If you’re passionate about cannabis and its future, consider getting involved in local cannabis activism groups or contacting your legislators to share your views.